Stress? Anxiety? Panic? Whatever it's called, I don't like it!

Posted by Sahara Fleetwood-Beresford on April 22, 2020


I was under the impression, that I’d had panic attacks in the past. I am either mistaken, or they were simply very mild in comparison.

The last month has been a little crazy. There's been so much happening, it seems to have tipped me over the edge.

I usually feel stress coming, and when I’m really tired, it seems to have more power over me than at any other time. Well, guess what. I am really tired! I felt the stress setting in weeks ago, when COVID-19 was declared a pandemic, and essentials were no longer available, and people were ignoring rules about social distancing. I spent far too much time online, deciphering the bullshit from the truth, so I could share the relevant and correct information with the online IBD community. Don't get me wrong, I didn't mind doing it! I wanted to do it because it was the only way I could really help anyone... The trouble is, that it wasn't helping me. I found myself spending so much time online, that I wasn't making time to relax.

I started doing yoga. I had been thinking about it for a while, and it seemed like a good time because it would mean that I had that time for me. I did feel like it genuinely made me feel calmer.

Joint pain has meant I’ve had very little sleep for the last few weeks anyway. Shopping has become a stressful event, my grandma’s sister passed away after contracting coronavirus, and things were generally beginning to feel a bit shitty.

I have quite a lot of work on, so I skipped yoga for three days in a row last week, which I felt pretty crap about. I was also getting angry with my joint pain constantly being dismissed when it’s had such a massive negative impact on my quality of life. It reminds me of all of the previous times I’ve had to fight for my health when GPs and consultants haven’t taken my symptoms seriously.

My grandma was tested for coronavirus on the 16th, and the results were supposed to be back the next day. They weren’t, and the wait was really tough going. Finally, yesterday, the results came back, and she does have coronavirus. It feels like we are basically just waiting for her to pass away now, and that fucking sucks. The best we can hope for is peaceful and pain-free.

Let me just quickly rewind. A good couple of years ago, I was put on some medication for depression. I took the first tablet, and in the middle of the night I woke up and I thought I couldn't swallow. I was panicking, and unable to move or speak to wake my partner. I refused to take any more of those because it frightened the life out of me!

I forgot about it, but when I was on a plane last year, the unable to swallow thing happened again, and so I suspected this was something that happened when I was panicking.

During the last few weeks, it’s happened a few times. It's been completely random, and I've had a very brief panic and then managed to bring myself back and carry on as though nothing had happened.

Yesterday, after the news about my grandma, I was obviously upset. I struggled to concentrate on work, and I genuinely felt a little bit high for most of the day. Not really “with it”, you know?

Whilst I was eating tea (literally had food in my mouth), I thought I couldn’t swallow. I had a moment of panic, and as usual, pulled myself together and carried on. But my brain just couldn’t get away from thinking about my grandma, and my aunty, who has had the terrible job of reporting all of the negative news to the family. We had a film on, but I saw and heard very little of it because my mind was elsewhere. I kept feeling like I could not swallow, and I really had to concentrate on it. I just kept trying to focus on my breathing, but it kept coming at me in waves, making me panicked, hot, and shaky. I felt like I was about to have a full-blown "can't breathe at all" panic attack. I spent hours just fending it off, pleading with my brain to shut the fuck up. I'd no idea what to do. I wondered whether I should stop fighting and just let it come, because at least then it might go away. But I couldn't because I was too scared to!

I didn’t feel like I could speak, so I headed to google, because, what else could I do?

After smothering myself in lavender, attempting mindfulness, and taking some herbal stress relief tablets I'd forgotten about, it slowly faded away. I could swallow (I kept checking), and I could breathe. My heart felt less like it was going to pump itself to death and I finally went to sleep. It was a terrible night, and I woke multiple times, every single hour until I gave up at 6am.

Today, I'm keeping up with the herbal tabs and lavender. I started my day with a quick stroll around the block with the dogs and some yoga. Then I wrote this post because writing it out often helps me.

Here’s hoping I can keep my calm today! But, just in case I can’t, any tips for managing so I don’t have to spend hours in the same position again would be great! 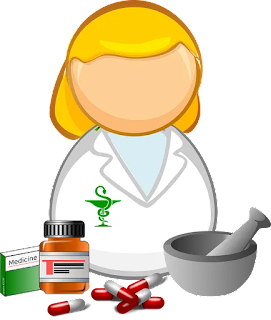 Welcome back to The Pintsized Pharmacist. I’ve been meaning to post this post for a while, but alas coronavirus came and my attention was needed elsewhere. Nevertheless, I am back and as ever I’m looking to cover more long term conditions and this post, in particular, is looking at Inflammatory Bowel Disease. Check out my interview with The Pintsized Pharmacist here !