Balancing work, IBD and an ostomy

Posted by Sahara Fleetwood-Beresford on November 20, 2019


I quit my job - I left yesterday! It probably sounds a lot more dramatic than it actually was... It was all very civilised and I handed in my notice two weeks ago. I did my best to make the transition as smooth as possible because I have a lot of respect for my bosses.

I'm sure you're wondering what led to this decision. The truth is, I've been feeling the presence of fatigue recently. I started my new job, building and establishing the social media accounts for a media company in March, after I had recovered from my last stoma surgery. I was working 22.5 hours a week, with three days in the office and two from home.

Three freelance opportunities found me, all centred around the IBD and Ostomy world. Whilst loving them, I felt like I was spreading myself very thin. Charity support, fundraising, and the #IBDSuperHeroes awareness project have all suffered due to time and energy constraints over the last few months. So, when the opportunity to work more freelance hours in a role I am passionate about recently became available, how could I say no?!

That obviously meant that I had to hand in my notice at my day job, which I was really only just settling into. But, I've had to put my health and wellbeing first. At the moment, I am not very active, gaining weight and often being beaten by fatigue. Working freelance means that I can plan my day around what works for me.

I don't think you can put a price on a good work-life balance, especially as someone with a chronic illness. Although technically, the price I put on it was as much as I need to pay the bills...

I have struggled with many aspects of going back to work over the last six months. Just rehydrating before starting my day often felt like an impossible task! Being too worried to eat in the office on bad days in case my stoma decided it was time for the wind orchestra to play a symphony. Little things like the toilet being next to the kitchen, meaning I was constantly paranoid about emptying my bag and the smell wafting in there. Lots of little things, that would never enter the brain of a normal, healthy person!

I’m hoping that working to my own schedule will allow me to exercise more and stress a little less! 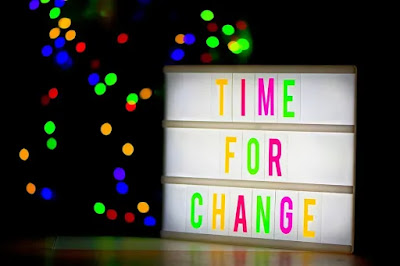