Are you comfortable educating people about your health?

Posted by Sahara Fleetwood-Beresford on July 17, 2019


Many people with Inflammatory Bowel Disease or an ostomy, don’t want people to know about it. It’s a very individual decision, who you decide to tell. Then, there are others who choose to tell the world about it!

I began raising awareness back in 2015. I posted about my life with IBD; the procedures, the treatments, the surgeries, the symptoms and the daily struggles. I wanted to educate the masses. I wanted people to understand that having IBD did not simply mean that I shit a lot…

Over the years, my focus has shifted. My priority became more about supporting those with IBD, because it became apparent that no-one outside of that community, actually gave two fucks about it. Not until they were under investigation for it of course! I have genuinely had people that I haven’t spoken to in years, pop up because they’re currently going through investigations to see if they have Inflammatory Bowel Disease. I may have thought my posts had gone unnoticed, but in truth, they hadn’t. People may not have engaged with them, but they saw them, and obviously took some of it in.

So, I guess you’d expect me to be extremely comfortable talking about IBD or my stoma with everyone and anyone. I am not. I also find that it depends what kind of day I am having; sometimes, I just can’t be bothered to delve into the complicated subject that is IBD. Some days, I am just too tired. 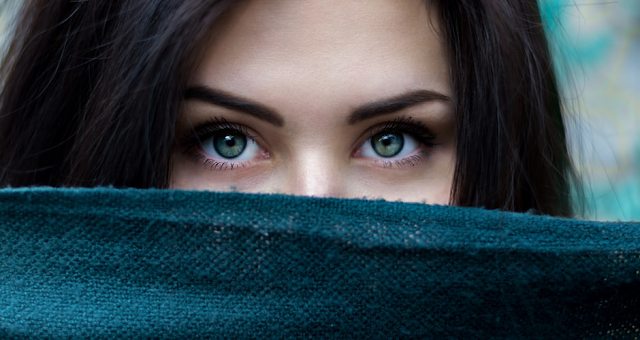 At least 4 people have asked me questions about my stoma in the past few weeks, which is good because I like to educate people! They have been very specific questions, such as “How long after you’ve eaten something does the food come out?” or “Were you not worried when you were fannying around on the trampoline with your partner, that he might rip your bag off?”, and these questions are easy to answer.

However, when the questions aren’t so specific, I often find that I am unsure about where to start. For many people, talking about bowel habits is just not something you do, so before I begin my answer, I feel like I need to ask them questions;
How long have you got?
Are you comfortable talking/hearing about bowel movements?
Do you want a physical explanation, or shall I cover the emotional journey too?
Does the word mucous make you uncomfortable?
And so on…

I want those newly diagnosed to be prepared, and educated, but I don’t want to present them with worst-case scenarios and to scare the bejeesus out of them.

I want people who do not have IBD to understand the initial symptoms, for their own future reference, and I want them to understand how much impact it can have on a patient’s life so that they know that whilst invisible, it is also chronic and often life-limiting.

Online, I can say what I want, when I want. Information is broken down into small, easily digestible pieces. I have time to think and edit before I post, but in “real life”, I don’t have that.

I feel like there is a fine line between educating someone, boring someone, or even making them uncomfortable. For me, my journey has been long, and so much has happened, so it’s difficult to talk about without coming across like I am complaining, and if the emotional impact is included, it’s often difficult for me too.

How do you explain a very complex disease to someone in a short and decisive way?

“IBD encompasses both Crohn’s Disease and Ulcerative Colitis. Symptoms include A, B, C. Treatments include X, Y, Z” is pretty generic, and doesn’t really describe an IBD patients journey, but is that all we can say without risking boredom, discomfort, and complete confusion?