Can you have Crohn's Disease AND Ulcerative Colitis in one patient? The facts

Posted by Sahara Fleetwood-Beresford on May 14, 2018
I believe it’s really important to know the facts, especially within the community itself and even more so for those that raise awareness, because that's what awareness is - sharing facts. I believe in self-care which to me, means understanding the disease, the symptoms of your specific type of IBD, and how to deal with those. I also believe it's important if you want to work with your team to self-manage because the treatments are not the same for Crohn's Disease and Ulcerative Colitis, or for each type of Crohn's Disease and Ulcerative Colitis.

I had seen people declare that they had both Crohn's Disease and Ulcerative Colitis on social media, and I had no reason to question this. Only when I saw a comment stating that this was not true did I do some research for myself. The fact is, you can find evidence for and against this, but using common sense and an analytical mind should steer you right. It's also really important that you use reliable resources for any research, such as these, and not posts on forums or social media.

Example:
"What difference does it make, the treatment is the same, and they are both IBD. I have Distal Indeterminate Colitis, which can develop into CD."

This is the result of not being properly informed. The treatments are not the same. Indeterminate Colitis is not Ulcerative Colitis (there is more in this below). It means there is inflammation of the colon which is definitely caused by IBD. It does not "develop" into either, it is already one or the other, they just cannot decipher which yet. For a good few years, it's been suggested that indeterminate colitis is changed to Inflammatory Bowel Diseases UNCLASSIFIED because that's what it actually means.


I have compiled information from reliable resources AND the answer to this query from medical professionals themselves, who I am more inclined to trust. Their responses are just as valid as the two cases which exist online which state that one patient can have both. Both of these resources are very old, whereas these responses from the professionals have been collected this week. Once you have all the info, you can come to your own conclusion, but only once you have all the facts! 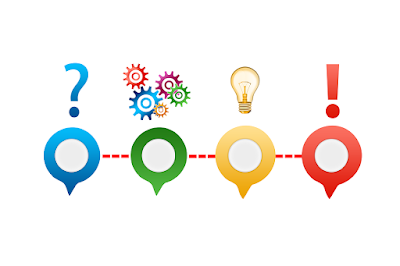 In the name of impartiality, here are the existing citations which are for, plus the reasons these can easily be disregarded now.

The author Chen GI is not a specialist in IBD and has never published anything else IBD related. Author, Saibil F published in 2016 that Magnetic Resonance Enterography and Capsule Endoscopy may lead to reclassification of the original phenotype in a significant percentage of CD patients. Neither of these was used in the case published above so by his own admission, the classification may be wrong due to un-thorough testing.

Characteristics often used to determine which form of IBD a person has are not as black and white as they may seem, for example, UC can present in the same way as CD and vice versa, but this does not lead to a change in diagnosis.

The below list encompasses other reasons why the above can easily be discounted using the very same resource site that the above two citations are from.

Differentiating between Crohn’s Disease and Ulcerative Colitis is notoriously difficult. This article, in particular, Observer variation and discriminatory value of biopsy features in inflammatory bowel disease, speaks volumes, and shows how common it is for those even with a specialist interest in this area to come to an incorrect diagnosis:
"This study aimed to determine the magnitude of variation among 10 observers with a special interest in gastrointestinal histopathology. They independently interpreted the same biopsy specimens for morphological features which may discriminate between patients with Crohn's disease and ulcerative colitis and normal subjects. True Crohn's disease slides were often and consistently thought to be ulcerative colitis."

I have spent 10+ hours (and read over 20 resources) about the classifications of Crohn’s Disease and Ulcerative Colitis for the purpose of this blog, many of which were reference material for this 22 page document, BSG guidelines on inflammatory bowel disease biopsies, which I also read. The BSG is the British Society of Gastroenterology which is a very reliable resource for IBD research.

IBD unclassiﬁed, ‘indeterminate colitis and colitis of undetermined type/etiology:
Distinction between UC and CD is sometimes impossible. Treatment may exacerbate the problem. The label ‘indeterminate colitis’ has been used for resection specimens with deﬁnite IBD in which further classiﬁcation is not appropriate. Unfortunately, the term has caused confusion and has often been used incorrectly to mean ‘colitis, cause unknown’ or to describe a non-existent intermediate category between UC and CD. The term ‘colitis of undetermined type/etiology’ (CUTE) has also been suggested. Both terms are best avoided by histopathologists, and are certainly not used for biopsy diagnosis. The designation ‘IBD unclassiﬁed (IBDU)’ is recommended as it states unequivocally that the disease is IBD. (pg 16)

At no point during my 10 hours of reading was a diagnosis of either Crohn’s Disease or Ulcerative Colitis added to an already existing diagnosis of the other disease. They were only ever reclassified. In none of the references was it suggested that the final diagnosis was that a patient had both Inflammatory Bowel Diseases.

There is no doubt that terminology and lack of explanation from our specialists is a big part of the problem, with Crohn's Colitis and Indeterminate Colitis often being mistakenly thought to mean one has Ulcerative Colitis by patients. Asking your consultant would be the easiest and fastest way to clear up this query once and for all.

Below are the responses from my twitter escapades, along with the bio of each account to show their authority. These were asked:
“Is it possible for a single human to have both Crohn's Disease and Ulcerative Colitis? I don't mean Crohn's Colitis (when Crohn's is active in the colon). Can one person have both Inflammatory Bowel Diseases?” 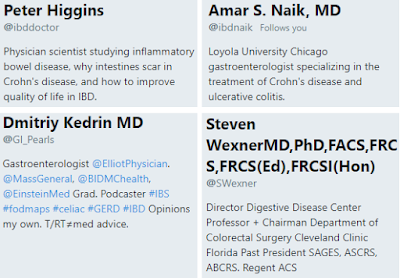 Peter Higgins:
No, though there is a lot of overlap between the two. Some can start as colitis, change to clear CD. See figure 3 here to illustrate overlap link

Dmitriy Kedrin:
No. Reason being is that the phenotype of what people define as #ulcerativecolitis vs Crohn's is very malleable. Many pts diagnosed with UC, end up being diagnosed w/ CD later.  IBD could be 5+ distinct diseases that heavily overlap.

Amar S. Naik:
Quick answer: No, (wouldn't diagnose people as "having both diseases," but would say there are situations with considerable overlap.
But would then probably carry the nomenclature of CD, perhaps IBD-U. Ibd Dx is complex (no 1 test is diagnostic by itself).

Joshua R. Korzenik is the Director of the Crohn’s and Colitis Center at Brigham and Women’s Hospital (BWH). In his article 7 Myths about Inflammatory Bowel Disease, myth 4 is:
I have both Crohn’s disease and ulcerative colitis.
Fact: You either have Crohn’s disease or ulcerative colitis. While these diseases are similar in many ways, you cannot have both at the same time. Both conditions cause inflammation of the intestines and may cause similar symptoms.

If all of the above is not enough, here are relevant Clinical considerations from BSG guidelines on inflammatory bowel disease biopsies.

- There are several exceptions to the typical continuous distribution of UC, even at initial presentation, that should not necessarily prompt a change of diagnosis. These include a caecal patch and rectal sparing.
- No histological feature is diagnostic in isolation of IBD or of a subtype of IBD. Instead, certain features are more prevalent in one disease group than in another.
- Diagnostic accuracy is optimised if multiple features are assessed together, if the intersite and intrasite distribution of changes is also analysed, and if the clinical details are taken into account.
- Time and treatment may modify the histology, distribution and extent of IBD. Longstanding UC not infrequently shows discontinuity and/or rectal sparing.
- Interpretation of biopsies from early or longstanding IBD should be cautious.
- Modiﬁcation of an established diagnosis of UC or CD should only be made if there is convincing evidence for a change, ideally after review of previous histology and of clinical data in a multidisciplinary setting.
- Granulomas (non-cryptolytic) in inﬂamed ileal biopsies help discriminate CD from UC. Few other features are useful.
- IBD should be subcategorised as UC or CD, or a preference for one of these diagnoses expressed.
- The term ‘IBD unclassiﬁed’ is recommended when IBD cannot be classiﬁed further.

As I said above, in my mind, the input of those in the field currently is enough for me to base my conclusion on anyway, and in light of all of the above evidence, I am confident my conclusion that Crohn’s Disease and Ulcerative Colitis cannot exist in one patient at the same time is correct.

So there you go, I shall say no more. I will simply direct people to this blog when future discussions occur, and people can make their own mind up. I have spent enough time reading and compiling all of this information over the last two days.