Hello again square one. I've been expecting you!

Posted by Sahara Fleetwood-Beresford on June 29, 2017
A recent hospital visit has concluded that I have pouchitis, yet again.

It was only a few years ago that chronic recurrent pouchitis was a major issue for me. It was resistant to Ciprofloxacin and Metronidazole didn't agree with me. It was not aided by VSL#3 and remission became dependent on being on > 20mg of Prednisone. Budesonide (Entocort) had no effect. Azathioprine eventually helped me achieve remission but this was short-lived, although I was grateful for the few months I had, free of disease activity!

I was supposed to start Infliximab and had the initial scope to determine disease was active, chest X-ray and bloods to make sure I was a suitable candidate for the treatment. At the same time, I was also undergoing investigations at a second hospital as I was adamant that the extreme abdominal pain was not Pouchitis and my current hospital had disagreed, so I requested a second opinion.

Before the Infliximab started, an abscess and twist were found in my intestine which I underwent emergency surgery for at the hospital I'd been referred to. This resulted in a temporary ileostomy due to the pouch being damaged during surgery. The resulting few months of 'pouch rest' were great for my pouch and I finally achieved remission.

I've been having some Pouchitis symptoms since last year, but it's been on and off. I didn't feel like the inflammation in my pouch was a constant thing, so had assumed it was irritable pouch related rather than active IBD and had been trying different methods of management at home. When I began bleeding I contacted my IBD team, did the usual blood test and stool sample and then paid a visit to endoscopy. I have never bled as a symptom of Pouchitis, so it seemed odd to me, but there are ulcers in my pouch which were obviously the source of it.

I find it frustrating that you learn how your body works so that you can identify a flare beginning, but then the symptoms change?! The unpredictability of IBD often makes it difficult to manage.

It had already been said that if I was to have Pouchitis again, the treatment plan would start again from the beginning, in accordance with the St Mark's Pouchitis Protocol that had been used previously. My hospital are now using the ECCO treatment framework, but it's basically the same thing.

Admittedly I had a little 'episode' of, I don't know, frustration? Anger? Basically I was having a paddy whilst in with the gastro, and had to give myself a swift mental slap because starting over and taking meds that haven't worked in the past, makes me want to bash my own head in >.<

I am happy to have left the hospital with a plan that tells me what's next, if / when medications don't work. It's just that, I'm at THAT stage where I'm really really fed up of feeling unwell. 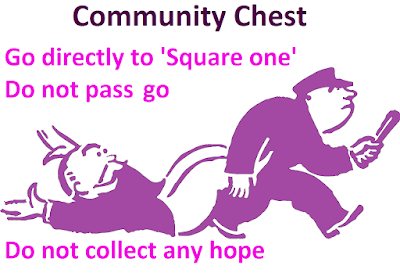 I'm crossing my fingers and hoping that medication that has previously failed to help, will this time, and I suppose there's nothing to say that they won't, due to the aforementioned unpredictability of IBD! 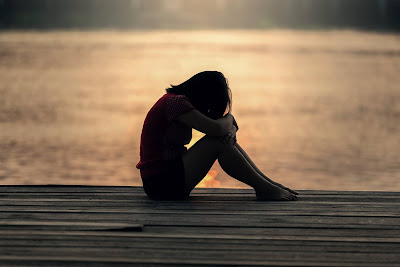