To reverse or not to reverse...

Posted by Sahara Fleetwood-Beresford on September 09, 2014
I’m not one to get scared or worry. Life has taught me that life is waaay to short for that shit! But here I am. A little bit scared…

Whilst having a resection last month my pouch was torn and I woke up with a temporary ileostomy. My stoma’s name is Porta in case you were wondering. We’re getting on just fine which is something that I never thought would happen before I became part of the IBD community!

I keep finding myself wondering why I feel so ‘normal’. I expected to resent him. I don’t. Not once have I had one bad thought about him, it’s just been a bit inconvenient sometimes having to change my bag and plan my day around what I need to do and when.

On Thursday I have my X-ray to see if my pouch is healed and I will then be sent an op date for my reversal.

Op’s don’t scare me. They never have. The worst one was the Jpouch creation and knowing how it could affect my fertility. So it isn’t the op itself that has me worried.

When I saw the surgeon for my follow up, my only question was "what are the chances I will be reversed before Christmas?" (apart from the, ‘What on earth is this thing sticking out of incision*).
He replied ‘Good actually’.

*That ‘thing’ was a heavy-duty plastic stitch by the way which very much resembled a piece of metal. Me and the surgeon weren’t sure it wasn’t a staple until he checked my notes and told me I didn’t have any. Anyway, I made it stick out as much as possible and the nurse snipped it off and all was well with the world again.

The news that reversal would be soon pleased me. He said I will be booked in for an X-ray ASAP. Good, that’s very good.

So WHY, when the receptionist rang with my X-ray appointment date did I freak out? Maybe it’s because it is all happening so fast. I barely had time to get used to Porta and already plans are well underway to take him away.

Maybe it’s because this is the first op that I have had a choice about.

The first one was a ‘Do or die’ situation.

The second was just a cleanout procedure due to Sepsis because the surgeon was a dumb ass.

The third I NEEDED for my sanity! My stoma was awful, my bag leaked all the time, I had no confidence, I was depressed, I wouldn’t leave the house unless I really needed to, and the constant discomfort was sucking the life out of me.

The fourth (my reversal) was needed to rectify my insanity all together.
The fifth was booked as an emergency as the strictures had been there a long time and were extremely narrow. Not having it was not an option as the pain I had been in for the last two years was horrific.

Don’t get me wrong, I have had endless camera’s, scans, X-rays inbetween the surgeries and have twice been in to get an undissolved stitch removed from under the skin at my old stoma site (which is still there by the way) but they are nothing compared to actual ops.

What scares me is the unknown. I am getting on just fine as I am. As I have said l, I have had recurrent pouchitis for the last five years. My Jpouch was already in the ‘last chance saloon’ district with only Infliximab left to try before calling it a pouch failure.

I know that some people have a pouch rest for 3-6 months and when they are reconnected everything is good but there is absolutely nothing to say that this will be the case with me. The pouchitis has been knackering. Living with a constant pain/discomfort wears you out and grinds you down. Do I really want to risk doing that to myself again? But, if I don’t, will I always wonder what if I had?

I don’t fear pain as such but surely no one in their right mind would ever purposely put themselves in a position that would mean months of endless pain or discomfort?

I am scared because for the first time in a very long time I have a big decision to make that could have big impact on my life and for once I don’t have the answers.

That’s what I do. I have answers. I always know what to do and what to advise other people to do and I’m rarely wrong. That’s the thing with IBD isn't it, you can’t pre-empt the route the disease will take.

Do I roll the dice and see what happens because the worst that can happen is needing two more ops; one to be reconnected and one to remove the pouch and have a permanent ileostomy.

Or do I stay as I am and eventually have one more op to remove my pouch and have my butt sewed up?

I have pro’s and cons for each and one doesn't seem to massively outweigh the other. 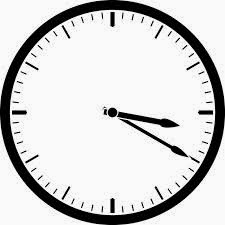