Dating with IBD or an ostomy

Posted by Sahara Fleetwood-Beresford on May 06, 2014
It has been bought to my attention over the last few weeks just how hard it is for some people with IBD on the dating scene.

I mean, dating is hard enough for the ‘normal people’ right? Wondering does he like me? Did he mean to touch me then? In fact do I even like him? His nose is a bit big…

I have a jpouch, I suppose that’s difficult enough to explain…
“No, unfortunately I am not available for a passionate encounter with you tonight as I have vast quantity of meds to take in the morning. I also don’t want to have to get up and go for a poop in your toilet in the middle of the night”

Shame, he was a hottie too…

There are many reasons that are acceptable to not want to pursue any kind of romantic relationship with me, such as;
Anyway, now you’re all clear on what a catch I am I will continue with my original point…
So how do we, as IBDers, ostomates, pouchies tackle the subject?

I’m more of cards on the table right from the very start kinda girl. I might dick around and be far too sarcastic for my own good but that’s more to do with the fact that I don’t really know any other way to be, but I’m totally honest and will answer any straight question with a straight answer.

My personal experiences since having IBD and trying to hold down a relationship at the same time have been somewhat unsuccessful but I don’t believe that has much to do with IBD. I was already in a relationship when I was diagnosed with UC 7 years ago.  That lasted a whole dreadful six years but the fact is, it ended because he was a drunk and a shit! (You can’t fix everything)

Shortly after that went down the shit heap I started seeing someone else. That was more of a rebound ‘Please don’t let me be alone’ type of relationship more than anything else (which was fortunate for me as I got cheated on).  Again, a failed relationship due to the other party being a shit, not remotely related to my IBD.

Third time lucky? Not really, yet another shit…

I gave up there, refusing to meet anyone else as this whole dating business is clearly much more hassle than it’s worth!

Don’t get me wrong, of course I’ve had my meltdown of ‘Who is going to want me now?!.  BUT I am a great believer in not settling for anything less than you deserve and I can tell you 100% that anybody who is shallow enough not to want you because, for example you have an ileostomy, does not deserve you!


I saw on the ads down the side of my Facebook timeline once a dating site specifically for people with IBD. My initial reaction was, ‘Why the fuck should I only be allowed to date people with the same disease?! That is completely ridiculous! That is just going to a constant reminder to me that my body is knackered and on a desperate search not be alone I’ve had to resort to just looking for other IBDers’! 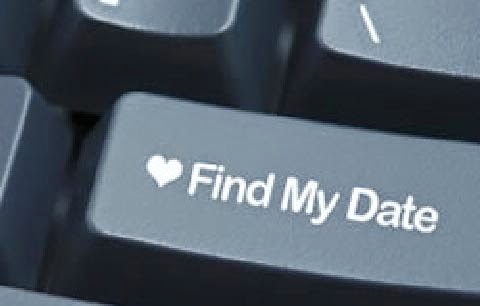 I received a message on Facebook the other day asking me if I could remove the sex part from a relationship would I do it. My response was that I have lost my bowel, not my vagina! I honestly don’t know what runs through some people’s minds! (Unless of course he has a fetish for rear ends then maybe that would make a bit more sense and of course, be out of the question)

The only thing that bothers me about having a relationship coupled with IBD is that I think I might feel guilty, entering into a relationship knowing that I WILL be poorly and grumpy at times and putting someone else through it when in reality it’s not their problem. But if they care enough, maybe it should be their problem because if they take you on, they take on all of you, IBD and all.

I have absolutely no intention of joining an IBD dating website, but that’s because I don’t want to join a dating site period. I am not on the hunt for love but I would recommend maybe giving it a go to those people that are. I will plod on with my life and meet who I meet along the way. I will do what feels right and not do what doesn’t. Whoever I end up dating just needs to understand that sometimes there will be limitations to what I can do.

I was told a lovely story the other day of a couple meeting whilst both having their imfliximab infusions. There was common ground straight away and it made it easier to talk. I don’t believe that either of these people set off to the hospital that morning thinking,’ maybe I will meet the love of my life and a fellow IBDer today’, that’s just how it happened.

All I can say is keep the faith and NEVER let anyone make you feel like you aren’t worth it, because you are. Don’t settle for second best and go with your gut (excuse the pun).

I’d love to hear your thoughts and opinions, dating blunders and happy endings!