Posted by Sahara Fleetwood-Beresford on May 27, 2014
Before I start on today's events I would like to rewind for those of you that do not know me or my history. There are a million clickable links in this post to try and help those who do not fully understand the terms I have used!

2007, after two weeks of doing nothing but crap, sleep and cry in pain I was admitted to the hospital, 14lb lighter than I was 2 weeks previously. An endoscopy confirmed I had Ulcerative Colitis.

A week later I had a total colectomy, which was the removal of my entire colon due to the Asacol and IV steroids failing to get the disease in remission.

2008 I had my jpouch created. I had UC in the rectal stump that remained still which was treated with Asacol enemas.

2009 I had my take down surgery and was thrilled to be bag free!

I'd not had my jpouch fully functioning for long when I first started showing signs of Pouchitis. Inflammation of the pouch caused increased urgency and a lot of pain.

For the last 5 years I have had pretty much constant Pouchitis and countless flexi sigmoidoscopies confirming active disease. Periods of remission have been short lived and I only ever seem to be pain and symptom free whilst on steroids. Pouchitis is usually controlled by antibiotics, Ciprofloxacin and Metronidazole but some Pouchitis is antibiotic resistant. Info on the different forms and treatments of Pouchitis can be found on the Saint Marks website.

I started a course of azathioprine which gave me my longest period of remission to date (nearly a year) and I'm unsure whether that would have continued had I not been going through a particularly rough time in my personal life. I will never know so best not to dwell on that.

I have also tried VSL#3 which also doesn't seem to make a blind bit of difference and have numerous Asacol enemas to treat Cuffitis too.

Prednisone was always my go to medication for a long time but it is not recommended for long term use and my hospital feel I have now had my 'quota'. I am currently taking Entocort which is a steroid usually used to treat Crohn's disease as well as continuing with the Azathioprine and VSL#3.

Obviously after many of years of pain and symptoms and not achieving remission, the discussion about removing my pouch was bound to come up. I knew it was coming but to perfectly honest I still cried when I read the letter from the hospital stating that this may be something we needed to consider shortly. Seeing it in black and white somehow made it more of a possibility.

Desperately wanting to keep my pouch, I did my own research into medications which I reported back to my IBD nurse and was fortunately allowed to try the Entocort. Unfortunately I have now been on it for nearly six months and can't taper the dose without symptoms returning within days.

The last chance saloon for me medication wise is Infliximab which was discussed when we realised I couldn't get off the Entocort. I had the tests needed to get the go ahead for Infliximab including blood tests, a chest Xray and another flexi sigmoidoscopy to again confirm active disease, which it did.

I asked whether it could be a possibility that I may have Crohn's disease and my IBD nurse said that this was a discussion that she had recently had with my gastroenterologist so when I had the flexi sigmoidoscopy, biopsies were also taken and I was sent for a barium meal X ray which confirmed strictures (narrowing's) in my small intestine although it is unknown whether this is due to Crohn's Disease or scarring from previous operations.

I was referred to see another surgeon at another hospital after refusing to see the one I have had previously, on account of him being a bell end who clearly has a secret mission to murder me!

In my head, today was the day that this new surgeon was going to either confirm or deny Crohn's Disease, tell me if and how they can dilate the strictures, whether I should have a shot at Infliximab or whether my pouch should be removed leaving me with a permanent ileostomy. I couldn't wait for whatever I was told. I just wanted a definitive answer.

It was only a week or so ago that I realised today might not be THE day. It could in fact just be A day in which the man that holds my future in his hands declares I need more tests...

So I set off to the hospital today with my pa and a little bit lost without my mammy who has never missed one hospital appointment so far, but has rather rudely fecked off on holiday! Tut

I can NEVER enter a hospital like a normal human being... I turn into a total fuck wit at the door. I have no idea why, some kind of coping mechanism maybe. My mammy is used too it now, sometimes she even joins me in the fuck wittedness... But, my dad may not have expected me bursting into song when we walked in... 'Coz the drugs don't work, they just maaake you worse' :)
(I usually save this for sitting in the Pharmacy at my normal hospital but hey, if the mood takes ya! Not only does my mammy expect it, I'm pretty sure she would be disappointed if I didn't)

Anyway, back to the matter in hand. Some moron comes in asking a lot of questions, all of which he already knows the answers too because its written in a letter from my hospital in front of him.
'So, whats the ideal outcome?'
'Errm, to be steroid free and not in pain anymore I would have thought!'... Derr

I wouldn't have minded so much if he had only asked the once! 3 times! The answers still the same! Make me better you fool! 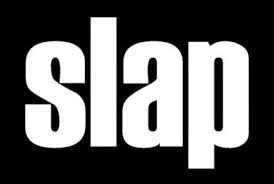 I finally get to meet the man of the hour. Mr Steven Brown!

Well, Mr Steven Brown hasn't even bothered to look at all my test results from previous tests has he...!

'Have you ever had a Barium Enema X ray?' he asks.
'You're going to stick things up my bum aren't you? It's fine, it's old hat to me now. Do what you want to me' (Totally trying not to start singing)

So, we're starting with a Barium Enema X ray to get a better look at the strictures and may follow up with a Capsule Endoscopy before deciding on any treatment or diagnosis of Crohn's. He then proceeded to try and tell me what one was when I rather rudely told him that I know what one is. I'm pretty clued up about my disease, ta very much! So, now I'm waiting for an appointment to be poked and prodded some more whilst in the meantime Mr Brown will be looking at my previous results. (About time)!

I can't help wondering, if he had bothered to look before, would he have been able to come to a conclusion without poking about with me a bit more?! Well, I'll never know will I. I will do as I'm told like a good little patient and continue having things stuck in every orifice they can find.

The song within me returned (the one which I had been holding in since speaking with Mr Brown about a Barium Enema) and I left the hospital as I had entered it - singing (No doubt to my dads dismay).... 'Do what you want, what you want with my body, do what you want, don't stop, lets party' 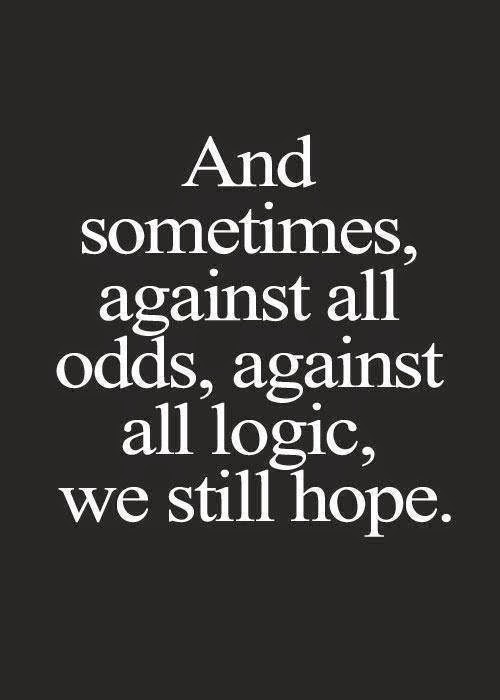